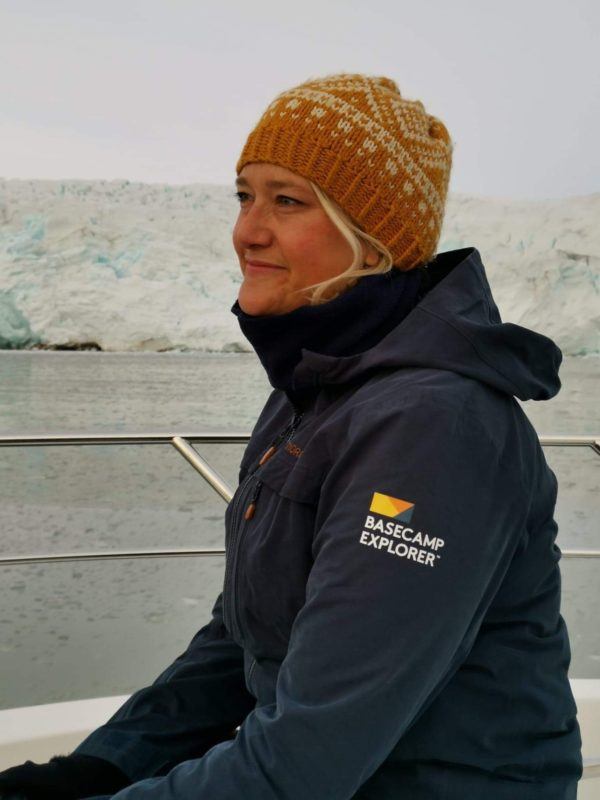 Birgitte comes from Vestnes in Romsdalen, the “capital” for Norwegian outdoor enthusiasts. Her first meeting with Svalbard was when she and her husband secretly eloped to get married at the Governor’s office in 2015. Ironically, they are travelling with Basecamp Explorer Spitsbergen this time, three years before moving to Svalbard.

Svalbard was love at first sight, and the moment she landed at the airport she immediately knew that she had to return at a later stage to live and work. The longing for the arctic island did not pass, so in August 2018 she quit her job, packed her bags and started working as Administration Coordinator for Basecamp Explorer Spitsbergen. From August 2019 you will meet her as Sales Manager at Basecamp Explorer Spitsbergen.

Before moving to Svalbard, Birgitte worked several years in the offshore industry as a Manager for a training- and simulator centre for offshore cranes, and as a Project Manager & Business Advisor for Aukra chamber of commerce.

Birgitte loves spending time in the outdoors chasing the beautiful polar light. Happily collecting artic adventures, either by hiking with her family and furry friends, snowmobiling or kayaking. She loves to travel, enjoy the wildlife and to capture the arctic light in various seasons with her camera.