The Basecamp Explorer Group in the Masai Mara Wildlife Reserve

I am on one of my beloved walking safaris here on the Great Kenyan Savannah of Masai Mara with my two Maasai friends, Big Moses and Tonkey. Suddenly Big stops, saying, «When I was young, this area teemed with rhinos. These days, if one gets lost and ends up here, a National Park ranger had better move him into the National Reserve. Otherwise, the poachers will get him.»

Africa has lost at least half its wildlife population over the last generation, and 90–95% of its key species, such as elephants, rhinos, and lions, over the last hundred years. And the rate of wildlife depletion is accelerating – thus, the urgency to do something.

One smaller “wildlife oasis” stands out: the Masai Mara (Kenya) and Serengeti (Tanzania) ecosystem. This area contains only 1/1000 of Africa’s landmass, but it is home to some 40% of the remaining larger mammals. These two national parks, which are joined together – with a state border that is not fenced – are thus indispensable.

On the positive side, much is being done: More and more people are becoming interested, and not only the youth and the younger generations, but also companies with CSR programs. We have experienced this interest first-hand from the increasing number of visits to our Basecamp Explorer tourist camps!

The Long and Winding Road

It may be easy to understand the need for change, but it is much harder to know how to go about it.

Notably challenging is often the Kenyan context itself, with many stakeholders, less developed institutional frameworks, high poverty, lack of local conservation capacity, and cultural differences in values and priorities.

Back in 1998, many were skeptical about the idea of partnering with the Maasai. And yes, it did take time to gain the Maasai´s trust – but once that is established, my experience is that a Maasai friend is someone who will stand by you. I believe we have proved the skeptics wrong.

The Masai Mara land is – for historical reasons – fragmented, with many stakeholders craving a piece of the pie. But wildlife species need continuous land in order to live and thrive as they move in search of water and food. Without enough safe and secured land under management, there is simply no case for sustainability.

Our model attempts to be as financially self-sustainable as possible. Thus, safari tourism fulfills a greater mission than simply producing profit – it generates the cash needed to preserve unique wildlife species by paying long-term leases for the necessary land to the local community. In this model, safari tourism lifts a large number of people out of poverty through improving living conditions for people and livestock, while at the same time protecting endangered wildlife.

Do We Really Matter?

The Basecamp Explorer Group was set up to showcase sustainable tourism in the Masai Mara, Kenya.

However, it gradually occurred to me that we might not really matter; our impact was too limited and local. This realization came in spite of all sorts of recognition, including awards, press, and gold rankings. We even had the privilege of hosting President Obama and his family during their first visit to Kenya; we are naturally proud of that. In short, to get to where we would really matter in terms of having a real and lasting positive impact on the whole ecosystem, we had to create scalable and replicable models.

The Kenyan government’s privatization of communal land into privately owned plots, which happened in our area from 2005 onward, was the turning point. Likeminded people got together – both Maasai landowners and tourist partners/investors – in order to create private wildlife conservancies. As one of such conservancies, Basecamp Explorer Group was instrumental in creating the Mara Naboisho Conservancy, formally established in 2010.

The sustainable tourism model was a package with four major benefits:

It was vital to gain the support of the landowners so they wouldn’t choose to sell off their newly acquired land, convert it into agriculture, or simply fence off each plot, which, in turn, would stop wildlife migration routes.

In 2016, Naboisho was awarded “Africa’s Best-Managed Wildlife Conservancy” by Responsible Tourism Africa. The jury put special emphasis on the conservancy’s fruitful cooperation with the Maasai community.

Building on the track record of successful conservancies like Naboisho, we established the umbrella organization Maasai Mara Wildlife Conservancies Association (MMWCA) in 2014. Today, the association has 14 wildlife conservancies in the Mara as its members. Here are the results so far:

Private conservancies are thus a vital part of the bigger Maasai–Serengeti ecosystem and contribute to the protection of wildlife within it.

We urgently need to secure some 200 square kilometers more to expand the wildlife areas under the Maasai Mara Wildlife Conservancies’ umbrella, not least to secure vital corridors between them.

We also need to improve livestock management to a large degree. In many ways, this is the most difficult challenge because of the Maasai´s tendency to favor large herds of livestock (these days not only cattle, but also sheep and goats). Consequently, land outside the wildlife conservancies often suffers from severe overgrazing, a tendency that in turn can become detrimental to the livelihoods of people.

Ironically, the funds needed to solve the above issues – that is, to secure critical wildlife corridors – are not that great: They total about the same as it would cost to purchase a slightly upmarket cottage on the South Norwegian coast, yet obtaining the necessary funds is often difficult indeed.

The BCE Group as a Role Model

While the Basecamp Explorer model has been seen as a role model for social entrepreneurship, we ourselves feel that much is left to be done and to be improved. Our four permanent hotel camps and one mobile hotel camp at the world-famous Masai Mara National Reserve and in Mara Naboisho Wildlife Conservancy are high-end and profitable. These wilderness hotel facilities recruit some 95% of their staff locally and benefit a good number of women. We also run a reforestation program, which will plant some 500,000 trees over the next five years, and we support other community needs (see www.basecampexplorer.com and www.basecampexplorer.com/foundation).

The Economist famously named Africa the “hopeless continent” in its May 2000 edition (“Hopeless Africa”). About a decade later, it ran an article titled “Africa – a Hopeful Continent” (March 2, 2013). So, as Bob Dylan sings, “The Times, They Are a-Changin’…”

However, has Africa lived up to the expectations of the latter article? Looking at business opportunities, I would say a lot has improved, at least in our area of Kenya. Significant improvements in infrastructure, including mobile connectivity and mobile banking, as well as roads and airports, have occurred. The talent pool in Kenya is both improving and increasing, but it is often concentrated in Nairobi. The framework for doing business is, in my opinion, better than its official ranking, which is low. It is possible to survive and to get the permits you need without getting dragged into corruption. However, doing so requires replacing dirty cash with stubbornness and persistence.

Another positive development is that we now can include the Norwegian Development Agency – NORAD – as one of our main funding partners, through their Business section. The same is the case for many other countries; traditional development aid organizations are looking for new ways to cooperate with social entrepreneurs and businesses, expanding broader models of public/private partnership (PPP).

However, looking at the figures, Africa is still grossly underfunded – not least in the areas of infrastructure and energy. Despite all the hype, foreign direct investment (FDI) is still low compared to other parts of the world. The two traditionally leading economies of South Africa and Nigeria are fragile and in political transition. Many countries are moving backward from nascent democracies toward more autocratic regimes and national populism (There’s nothing new under the sun…).

Perhaps even more troubling is the fact that economic growth rates have fallen; in most countries, they are too low to absorb the increasing population. Agriculture, the backbone of most countries, is struggling with low productivity – and is very vulnerable to ongoing climate change.

The Western world has lost much of the moral high ground. Many African countries are today looking to China for inspiration for development models. I don’t find this tendency surprising, given the West´s track record in Africa. China is taking the initiative; its direct investment in Africa was USD 1 billion in 2004 – and USD 35 billion in 2015. Its trade with Africa is at USD 188 billion today.

I firmly believe in business as a necessary component of sustainability. In Africa, sustainable business is a must – no other capital or skill pool exists to replace it. Just consider the population growth scenario mentioned above; what else can employ the youth seeking jobs over the next decades, except for vibrant and sustainable business?

The Zeitgeist is now blowing in our direction. Business is being asked by politicians and society to engage. We have the opportunity now – so we’d better deliver.

So, when asked by friends seeking to invest here, I tend to say that it is not for the faint-hearted – but that it has investment potential perhaps not easily found elsewhere.

One first step to start exploring social impact opportunities in Africa, I hope, could be as simple as booking a safari with your family – at Basecamp Explorer or a like-minded company! Responsible safari tourism is ecologically sound and contributes significantly to the local economy, both in terms of revenue and jobs. 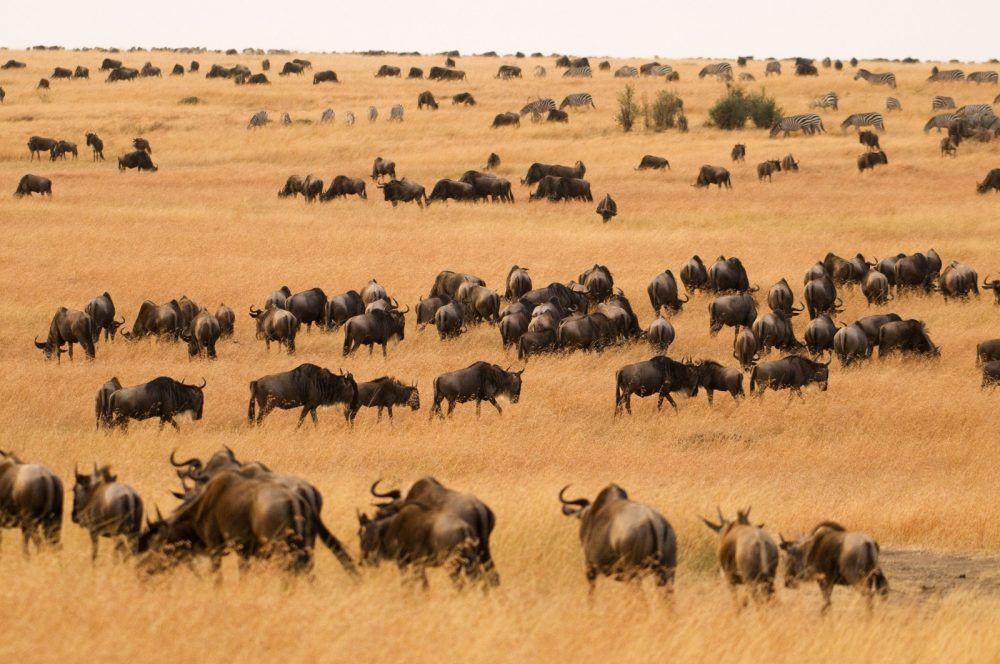 And who knows, maybe you could fall in love with Africa as I have, and you may come to want to devote time and resources to its wildlife preservation. Just as art and culture raise humankind above the animals, the way we treat animals also reflects on humanity; I believe that human identity is reflected by how we treat nature and other living species.

You would be so welcome to join our cause! As my old friend Big Moses once said to me on one of our walks, “A life of purpose is a life worth living.” Purpose and meaning in life give joy. What more do we need?