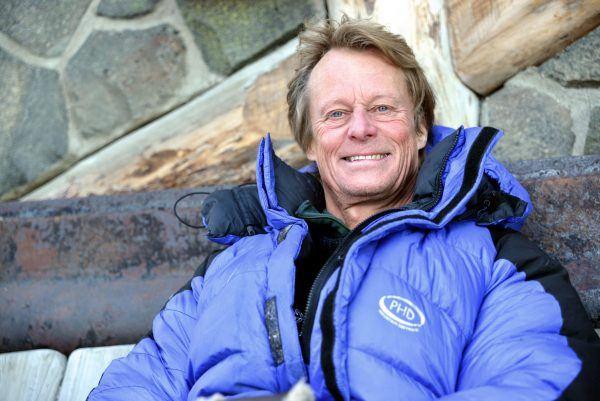 MEET OUR FOUNDING FATHER AND OWNER

We are proud of what we have achieved since establishing our first destination – Basecamp Masai Mara – back in 1998. Today we have hotels, camps, and projects in India, Kenya, the Pyrenees, and on Svalbard. We believe our company is different, and many of our guests and supporters seem to agree.

The Basecamp ‘difference’ is often described as a special blend of unique destinations, operated with a strong focus on sustainability, with a core commitment towards local communities and the environment. Hence our slogan “Leave a positive footprint.” People often talk about a life-changing moments, a moment in life when perspectives are changed and futures are formed. Fifteen years ago, Svein Wilhelmsen, Norwegian financier, was on holiday in Kenya, when he met Ole Taek, a Maasai elder. They talked late into the night sitting around an open fire under the savannah night sky. Ole Taek aired his worries about the future. He spoke of his worries of the nature perishing faster every year. The local ecosystem was vanishing. And with that would their way of life be under threat. Maasai tribes could not survive without the nature around them. “If you destroy the Maasai mara, you destroy something that is irreplaceable.” Svein says.

As the night falls darker and stars light on the sky, Chief Ole Taek shared this concerns about the threats to his people with Wilhelmsen, who was motivated to find a sustainable solution to help Maasai Tribes.

Six months later, inspired by the old man’s words, Wilhelmsen launched an adventure travel company known today as Basecamp Explorer. He founded a company with a mission to care for these indigenous people. One that would leave a positive footprint in the places they operate and on the people, whose homelands it would bring visitors to. Only two year later, in 1998, Basecamp Masai Mara opened. It was the first of three Safari lodges Basecamp has now built in Masai Mara. WHERE ARE WE TODAY?

Svein credits the success to the Masais interest of finding sustainable ways to use tourism to balance their culture with wildlife preservation. Basecamp Foundation has teamed with locals to fund scolls, create fair-trade handcraft shops and flight deforestation by planting over 70,000 trees.

Basecamp Explorer has moved forward from that starting point and established several camps on the Maasai Mara, some with luxurious camping facilities and stunning backdrops, others with impressive inbuilt structures. Basecamp Masai Mara, is a Gold Eco Rated Camp operating on an eco-friendly model and Eagle View in the Mara Naboisho Conservancy, is certified as a Silver Eco Rated Camp. The latter model has strong community impacts as it involves the participation of 500 Maasai families who have given their land in trust and in return they receive a monthly income according to the size of their land.

Now fifteen years old Naboisho, after the maa expression of ‘coming together, symbolizes the Maasai community coming together in a time of need. Basecamp found a sustainable alternative that would allow the Maasai to retain their land and grow as a community nature based conservancy sustaining the ecosystems and vital grazing grounds the very essence of the corporate world’s, win win scenario. On our website you will travel to special places – Basecamp’s “hidden secrets”. Hopefully you will see why we have chosen precisely these locations by reading about the nature, cultures and traditions to be found there.

Tourism can, of course, have a negative impact on local communities and on the environment. At Basecamp Explorer we have therefore developed a model for responsible tourism, in close cooperation with key partners and local communities. Our operations and projects in Kenya and India help reduce poverty, improve health and strengthen local education, while in the Pyrenees and on Svalbard we focus on environmentally friendly operations, nature, and conservation of local species.

Were we to emphasize only one of our projects, it would have to be our tree planting initiative. Climate change is a severe threat to plants, animals, and human communities worldwide. At Basecamp we have accepted the challenge of starting our “own” carbon-capture project. In Kenya we monitor a large and growing plantation were we plant trees to bind CO2, thus offsetting the emissions caused by our business. This is based on our three core principles: Reduce, Reuse and Recycle.

By choosing a Basecamp Explorer experience you are choosing to travel in a less harmful way. Signs that we are on the right track include our numerous environmental awards, and the many visits we have received from international dignitaries such as Barack Obama, the Oprah Winfrey Show, environmental ministers, artists and wildlife enthusiasts. Just like you, they have made a conscious choice to come to Basecamp for a rich and rewarding experience, perhaps taking a walking safari with a Maasai guide or spending a night at our Trapper’s Lodge in the Arctic. We appreciate your support, and hope to see you again at one of our destinations!