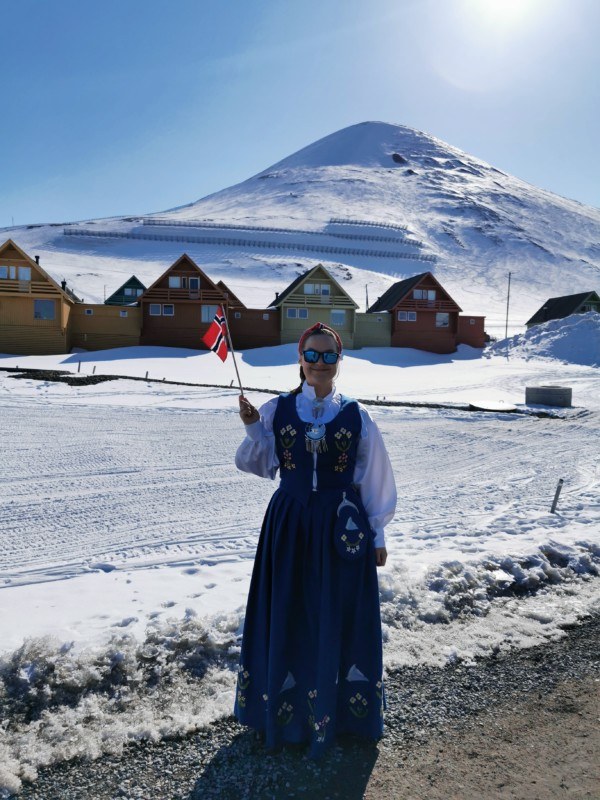 Rikke is a 31 year-old storyteller, originally from Stjørdal in Trøndelag.

Through studying Creative Writing and working part-time among English-speaking co-workers in the UK, the language, literature and culture helped shape a growing author within. She mostly uses this passion to share playful poetry on social media. Going outside exploring the mountains and shorelines of Svalbard is where Rikke finds her inspiration, often taking long walks to discover ‘what’s around the riverbend’.

– You know, like Pocahontas? She adds with a grin. I’m a bit of a movie geek, to put it mildly.

Svalbard was like a lucky shot in the dark, moving up to work as a bartender at the local watering hole in Longyearbyen. After a short time, she already felt like a true svalbardian.

– I’ve kept the first diary entry after moving up, as a sort of memory of how it was to first arrive in this strange land, far away from mainland Norway: «One month in. Everyone asks me how I’m liking it so far. And yes, it is strange with 24/7 sunlight, but I really like the warmth you feel up here; in the people, the shops, the way of life itself.»

After five years, she still feels the same.

– As part of the team at Basecamp Explorer, I get to share my love for my own home here in Svalbard, and it doesn’t get better than that!