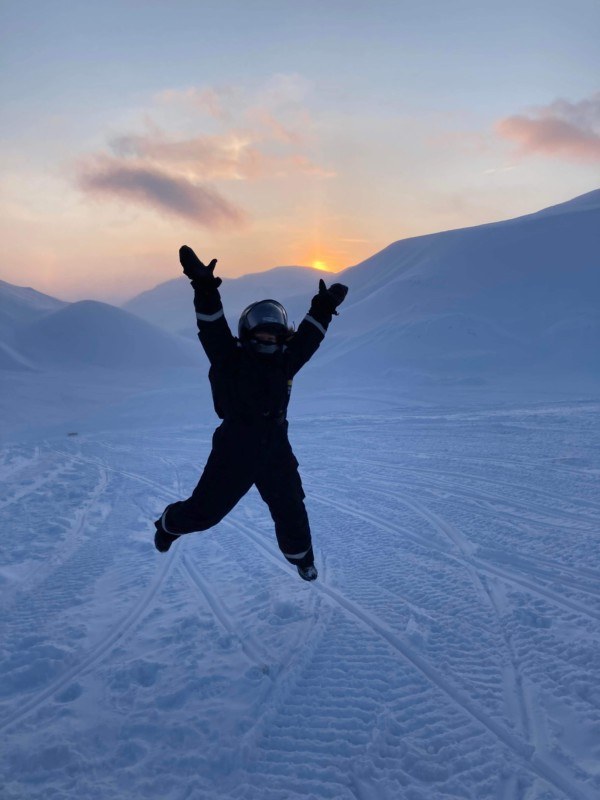 Playful and adventurous – Jenny (38) has, among other things, worked for 15 years at the TusenFryd amusement park and organized sponsored trips to major sporting events such as the WC and Olympics. Now she sells adventures with us in Svalbard.

– What an adventure to be able to move up to Svalbard! It’s a unique place with experiences you won’t get anywhere else, says Jenny.
– After many years in Oslo, I wanted a new everyday life, and threw myself into something completely unfamiliar with darkness, crispy temperatures and the life on a small island. In Svalbard, I can learn a lot about both history, wildlife, nature and myself.

Jenny arrived in Longyearbyen and our sales office in the darkest of times, but only a few weeks after she landed on Svalbard she had bought herself a snowmobile. Jenny has worked for five years with the customer journey and customer satisfaction at Pon Equipment, so she knows everything about how important it is to experience our adventures for herself before passing them on. So now she speeds around on both a scooter and dog sled to explore the arctic wilderness.

Jenny is a songbird who tests her voice in a choir, but she really enjoys other people performing on stage. She is also very good at enjoying other people’s cooking skills, not so fond of stirring the pots herself. Jenny paddles a kayak and likes to sleep outside in a hammock, which is a bit complicated on Svalbard’s short-growing tundra.

With the customer in focus, Jenny is a perfect organizer of adventures with us in Svalbard.

Please contact Jenny for inspiration and information on our adventures in the Arctic!
Email: jenny.kushner@basecampexplorer.com