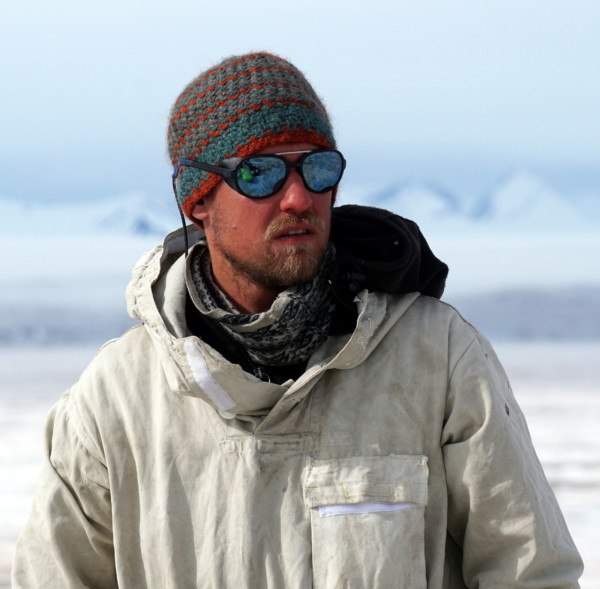 Baard grew up in Ås, south of Oslo, and was introduced to canoeing, skiing and the simple life in nature at an early age. Over the years, the trips became more ambitious, and after completing a three-year outdoor education in Sogndal, he skied 2600 km from southern to northern Norway.

His curiosity about spectacular nature and new, unique places led him to Svalbard in 2014. Here, Baard completed an Arctic nature guide education at the University Center on Svalbard, and since 2015 he has worked as a dedicated Svalbard guide full time.

Baard has completed several expeditions. In 2017, he skied from southern to northern Spitsbergen, and he has completed a two and a half month canoe expedition in Arctic Canada. In the summer of 2021, he spent 45 days paddling around Spitsbergen.

Bård has adopted one of our retired sled dogs, Eminem, and in addition he has the dog DJ – Svalbard’s best husky, according to Bård.