When should you travel with Basecamp Arctic Voyagers? The seasons comes in different shades and variations. And the wildlife migratory patterns changes throughout the seasons and even the day. 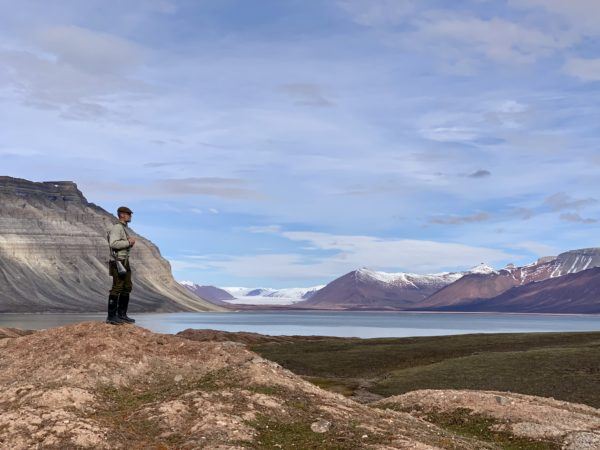 Early spring some of the protected fjords are often covered by fast-ice from last winter, and therefore not possible to access. Generally in May and into June there is usually more sea ice around. We always look forward to explore the drift ice, it is absolutely magic to sit amongst it. This drift ice means less maneuverability for the ship, and it may hinder us from going to certain areas and destinations. But it also means more chances to see polar bears on ice!

The Spitsbergen current brings warm Atlantic water into Kongsfjorden and Krossfjord north of Isfjord, and as far as the north east corner of Spitsbergen leaving the water ice free and accessible even during spring and early summer.

In June the air temperature rises, and is usually above freezing. This means more melting and increased run off from glaciers.

In July, we usually count on reliable excursion options in most fjord-arms along the whole stretch of Spitsbergen west coast. This makes it easier to seek out more destinations. However be warned, in Svalbard, you can find pack ice covering large parts of the ocean even in the midst of the summer. You never know what the season is going to be like from year to year. You may like to check the current ice chart at http://polarview.met.no/

Birds are busy preparing and nesting early in the spring. As the eggs hatch, the parents work hard to find and carry enough food to their offspring. Little auk colonies are always fun to watch through the season. In late July there is a chance to catch the Brünnich Guillemot chicks leaving their nest by jumping off the cliffs before they even have any idea how to fly.

In August the light of the low midnight sun casts a magic spell over the Arctic scenery. The wind starts picking up as well, and this is not a bad thing if you live onboard a sailing ship.