News Kenya WE ARE BEHIND THE BALL

WE ARE BEHIND THE BALL

“Despite all the achievements within the Masai Mara region during the twenty years Basecamp Explorer has been operating within the area, I have a constant feeling of being behind the ball.” This worry was stated by Svein Wilhelmsen, founder of Basecamp Explorer, during an international Webinar focusing on sustainable tourism within vulnerable areas in South and East Africa. 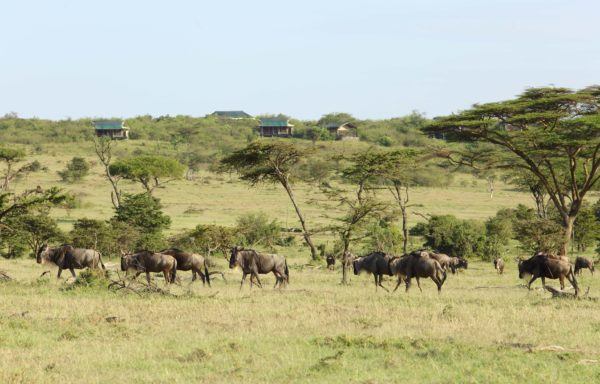 According to Svein, the wildlife of the Masai Mara constitute the major group of stakeholders whose interests lie at the heart of this whole debate and for whom tourism development could prove catastrophic if not well managed.

“We are not even close to establishing the resources urgently needed to restore and protect the wildlife and ecosystems of the Masai Mara. The key question is: What kind of tourism can contribute to sustainability, and how can we obtain long-term funding that can support sustainable developments even during a crisis such as the one we are experiencing right now.

These were worrying statements shared by Svein as one of the panelists joining in the Webinar with the title Valuing Natural Capital & Local Communities for Business in Eastern & Southern Africa, arranged by Capitals Coalition.

“The solution now is to find out how to create a positive trend that can be endured during a crisis such as the one we are experiencing right now.

According to Svein, mass tourism will put nature at high risk, and therefore it is important to find a low-impact tourism model that is not only a rich man game. Domestic tourism has recently been put at the forefront of restarting tourism during this COVID-19 times across the African continent. For domestic tourism to have steady growth, destinations we need to stop viewing it as a backup plan for international tourism and make it more affordable for everyone.

Securing more land becomes very vital to achieve goals in sustainable conservation. “Wildlife demand large amount of land and our planet is short of it. Investors and operators need to build their models on a deeply felt respect for the core of the local culture. In the Masai Mara, it is herding – their livestock”. Maasai Mara Wildlife Conservancies has implemented a kind of model that secures long-term land leases – and established a healthy balance between the livestock and the wildlife.

In the next decade, the pressure and value of land will increase. Our established model of leasing land from over 15,000 landowners within the Masai Mara demand huge resources to ensure a long-time partnership based on a participatory partnership system, said Svein.

“Not being a scientist myself, I encourage investments in research which will give us more scientific data to use as tools that will help make more decisive decisions in terms of conservation. Especially when it comes to the social dimensions and the best models to preserve the capital of nature.

Svein presented the ongoing work of establishing a new Wildlife College within the Pardamat Conservancy, which aims to combine high-level guiding education and research with educational tourism for Kenyan and international youth. The college will open in August 2022, while the Pardamat Conservancy model will be based on a balanced co-exitance between settlements and wildlife (“dual-use conservancy”).

To conclude his session, Svein alluded to the idea that;

– As an old saying goes: “Never let a good crisis go to waste”. The Covid-19 pandemic has allowed us to face challenges which in normal circumstances we are not able to solve. What we have experienced is that people can come together for good!.

I’m worried that the rich part of the world is pulling up the ladder behind them, not securing enough vaccines – leaving the rest of the world with an unsolved pandemic situation. This will be detrimental to the much-needed tourism we are trying to protect ecosystems like the Masai Mara.

We need to think very broadly and long term, attract political engagement and ensure sustainable funding and investments. The pressure on nature will continue – also propelled by population growth, in short – it is an urgent need to move in front of the ball”.