BEST TIME TO GO TO ON SAFARI IN MASAI MARA

Masai Mara is known to have excellent wildlife viewing all year round. However for those looking for an opportunity to watch as the great wildebeest migration unfolds the best time to visit the Mara is from July to October. See below what to expect from one season to the other. 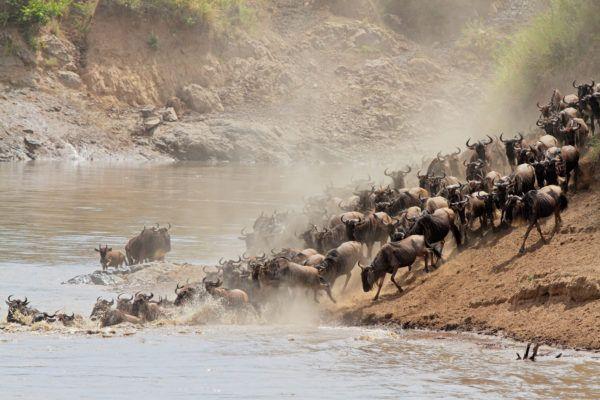 From January to March

The lion season falls when most big plain game wildlife like the wildebeest, zebras are giving birth to their young ones. A few weeks at the start of the year, Maasai Mara is dotted with young ones tagging along after their mothers. Along with the overwhelming numbers of newborn calves come the predators. Masai Mara Game Reserve and Mara Naboisho play host to one of the highest concentrations of predators including the lions in Africa. During this time, you can expect to see lions regularly and often by pride. Masai Mara and Naboisho conservancy offers endless days of adventure all year round. With the absence of rain, the vegetation is less dense, so animals are easier to observe while on a game drive safari in Masai Mara. 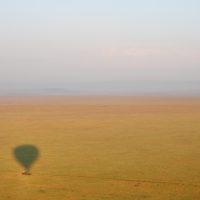 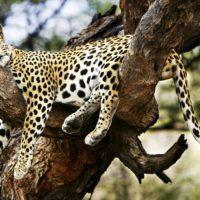 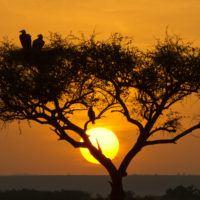 Things to do in Masai Mara

From April to June

Early spring, usually referred to as the Green Season, is a particularly magnificent period to go on a Masai Mara safari. These are the months that typically receive the largest amounts of rainfall. The savannah becomes clear, free of dust and haze making Africa’s stunning landscapes look at their absolute best. The synchronized birth of hundreds of young antelopes, impalas, kudus, waterbucks and a host of others attracts several predators and you stand a good chance of watching them in action. This is also the best time for bird watching when migrant birds arrive in their thousands to take up colourful residence on the savannah. The beautiful blooming trees and flowers create ideal shelter and food for a variety of birds. Besides the dramatic splendor of the season, visitors traveling during the Green Season benefit from reduced prices and fewer people visiting compared to peak periods. Going on a Masai Mara safari during the green season with Basecamp is the ultimate way of spending the Easter Break.

From July to September

The Great Wildebeest Migration rightfully deserves its standing as one of the natural world’s most astonishing spectacles. Comprising more than 1.5 million wildebeest, zebras, and antelopes, the Great Migration constitutes the last surviving multi-species migration on the planet. From the end of June onwards, millions of freshly arrived brown and black dots scatter the great plains of the Mara, making this Natural Wonder of the World even more wondrous.

Experiencing the Great Migration with Basecamp adds another layer to witnessing this Natural Wonder of the World. A safari with our Maasai guides is a life-changing experience that will provide you with a deeper, more meaningful understanding of the intricate details of the Masai Mara ecosystem. No one knows the Mara like the Maasai: they are the true nature specialists. Because of our longstanding commitment to the Maasai community, we are able to provide authentic safari experiences that leave our guests filled with lifelong memories, a sense of purpose, and a longing to participate. Read more about the migration here. 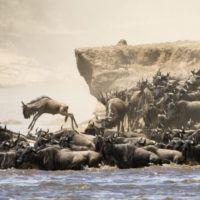 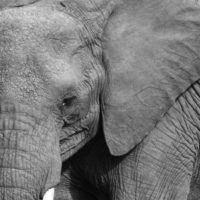 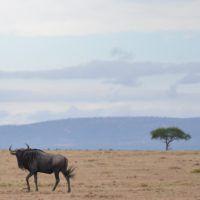 From October to November

From mid-October to December, the herds pick up the pace as the short rains lure them southwards. The grass on the Mara plains are short due to the constant grazing by the large herds of zebra and wildebeest. As the rains decrease and the grass begins to dry up, the wildebeest head south in search of greener pasture. After passing through Naboisho Conservancy the Northern Migration arrives in the Mara just in time to greet their Southern sisters and brothers- a family reunion with more than 1.5 million attendees! On their way back to Lloita the Northern Migration once again roam through Naboisho, staying with us until the end of the year. This is a great time to watch the Migration gradually spilling from the Masai Mara back into the north-east Serengeti.

From December to the beginning of January. Rather than being whitened by snow, the Maasai Mara plains are covered with rich wildlife species. More than any other time of the year, Christmas is a time for celebration, for reflection, for family, and for friendship. Preparations are underway to create a unique celebration for our Christmas visitors, hoping to escape the chill of wintertime. At Basecamp we also create fun and interactive programs for your children to explore the flora, fauna and beautiful culture of the Maasai people while on a Masai Mara safari. This is indeed a special time for Basecamp, as these principles are the core aspects of the Basecamp philosophy. At Basecamp we are lucky enough to be more than a business – we are a family. 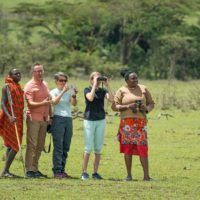 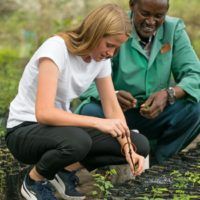 Safari and beach holiday in Kenya

Eagle View is set on a natural hilltop in Mara Naboisho Conservancy overlooking a wildlife water hole that offers you a unique opportunity to witness the ultimate predator and prey interactions. You are bound to have a lasting impression while in Mara Naboisho Conservancy one of Africa’s prime game viewing destinations. It is home to all year abundant wildlife and amazing rich Maasai heritage and the feeling that you’re alone with your thoughts to breathe in that rich natural air.

A subtle refuge among the wild, the eco-conscious Basecamp Masai Mara provides the perfect combination of authentic hosting, cultural immersion and world-class game viewing experiences. From the end of June onwards, more than 1.5 million wildebeest, zebras, and antelopes will dot the great plains of the Mara, as the great wildebeest migration unfolds.

Immerse yourself in nature in the most pristine environments set against the backdrops of Masai Mara while staying at Basecamp Masai Mara a safari camp that embraces the region’s communities, culture, wildlife and its environment to become the paradigm of a symphonic eco-retreat and Eagle View a plush permanent camp that provides remote and exclusive tented accommodation in the private Mara Naboisho Conservancy. Enjoy personalized service and comfort at this tranquil oasis where both the young and the young at heart are catered for.

Enjoy privacy and exclusivity while staying in our modern camps Leopard Hill and Eagle View located in Mara Naboisho Conservancy. Safaris in Mara Naboisho are more exclusive due to the limited number of vehicles per game drive, it is possible to experience the African wilderness without the crowds.

Every day
5 days
All year round
Per person sharing a tent
all meals included
Eagle View and Leopard Hill
Mid Season 2,345 2,500 usd
Contact us Read more

Bear witness to the beauty of nature in its purest form without compromising on the comforts of modern civilization at Basecamp Masai Mara. This family-friendly camp on the banks of the Talek River right next to Masai Mara National reserve affords guests a perfect haven to relax and indulge in the -private and quiet ambiance of Africa’s wildlife and nature.